Do you have a lingering plumbing issue? Are you deciding if you should call a plumber?

If so, you should call a plumber to be on the safe side. The warning signs include burst pipes, low water pressure, clogged toilets, poor drainage, or gurgling water.

If you want to know when to call a plumber, you should do so if household items (i.e. a plunger) aren’t enough to solve the issue.

This article will help you know when to call a plumber in more detail. Let’s explore.

Frozen pipes usually occur in the winter due to the expansion of water molecules. The mounting pressure from the unfrozen water can cause a pipe to burst. The signs of a frozen pipe burst include:

If you’re inspecting the pipe network, you may notice bulging within the pipes. You may also notice water pools where the pipes had ruptured.

In other cases, the broken pipe could be in an inaccessible area. For example, the burst pipe could be under your foundation or behind a wall.

Only plumbers have the necessary tools and skills to access hard-to-reach pipes. Additionally, they can prevent another ruptured pipe if they notice bulging areas within the plumbing network.

Finding a burst pipe may be relatively easy in some cases, but fixing it is a different story. By leaving the task to a professional, you can save time and money.

Also, repairing a leaky pipe can be a safety hazard, especially if the pipe burst near electrical equipment. An experienced plumber has the necessary training to handle dangerous tasks so you don’t have to place yourself in danger.

If you have low pressure, it could be a sign of a deeper issue. For instance, low pressure may indicate a clog within your faucet’s aerator.

Since the aerator contains small holes, you may be tempted to insert something small and sharp to unclog the blockage. However, doing this can cause more damage, resulting in a pricier repair bill.

In the worst case, unclogging an aerator can cause a leak. Rather, rely on a plumber to fix the damage immediately.

In other cases, low water pressure may indicate the need to repipe your home. You may need a new pipe network if you have corroded galvanized piping.

This is especially common in older homes. Repiping is a laborious task that calls for professional intervention.

If you have a clogged toilet, and a plunger doesn’t work, you could have a sewage line issue. Sewer line complications may stem from a frozen or shifting ground.

A shifting ground may cause the pipes to misalign. On the other hand, a tree root may have infiltrated your system.

Other reasons behind a clogged toilet may include:

Regardless of the reason, these tasks require advanced equipment. Sewer line problems are usually complex and require professional handling.

Delays could exacerbate the problem, especially if a tree root is causing the issue. A plunger can also recommend repairing or replacing the sewer line.

Improper drainage is more likely to occur in a shower or bathtub. Over time, debris in the form of hair and dirt may accumulate in the pipes.

In other cases, kids may leave behind small toys that can get into open drains. In severe cases, rodents may get caught in the drain without your knowledge.

You should address drainage issues as soon as possible because you’ll end up with more standing water.

Many people are tempted to solve this problem on their own. However, fishing out the obstruction takes time.

Plus, you risk damaging your pipes, especially if you use a coat hanger. Moreover, fishing out the blockage can be a health hazard. Instead, a plumber can use an auger to unclog the drain.

You may notice the problem when taking a shower. A gurgling faucet means your drain system is searching for air. Air bubbles accumulate in your drain lines and can worsen over time.

There are two types of gurgling to consider:

Regardless, you should cut off the water immediately because the water may spill into other parts of the home.

Overall, gurgling water indicates a clogged drain and/or a sewer line problem. If the problem is a clog, the obstruction could be in an inaccessible part of the home. Therefore, you should leave the plumbing repair in the hands of a professional.

Call a Plumber Sooner Rather than Later

You should call a plumber as quickly as possible because delays could make the problem worse. For example, tree root damage and clogged areas are two key problems requiring a plumber’s immediate attention. Other reasons to call a plumber will involve burst pipes, low water pressure, and clogged toilets.

Interested in reading more? Read more on our blog to gain insight into other home-based topics. 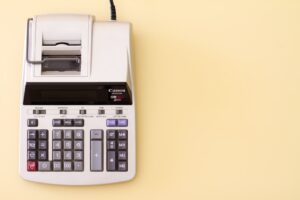 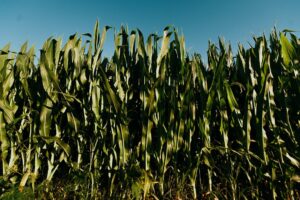 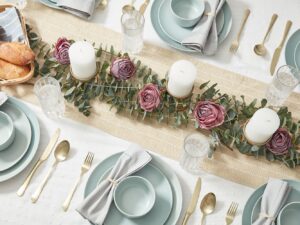 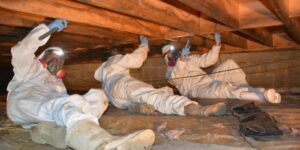