In case you haven’t noticed, veganism is quite big these days. According to a study conducted by Smart-Pig, 575,000 people around the world pledged to go vegan in January, or “Veganuary”, in 2021 alone – a 43% rise from January 2020 and a 130% rise from January 2019. With around 3% of the UK currently vegan, and that figure rapidly expanding, perhaps it’s time we started thinking about getting on board.

There are plenty of perks with veganism. It’s healthy, it’s sustainable and it’s great for our sentient animal friends out there, but one thing that those resistant to the cause often fall back on is the increased cost of a vegan diet – but just how costly is it to be a vegan today?

The answer is roughly “a bit more”, but with a growing vegan population and an ever-increasing market behind it, there’s probably never been a better time to get involved.

The cost of veganism

Smart-Pig’s research found that the average person can expect to pay around £450 more per year to support a vegan diet. This is down to a few things – vegan food equivalents costing around 31% more than non-vegan contemporaries and vegan fast food and takeaways usually around 5% more expensive are just a couple of price factors to bear in mind.

Across the UK, the average person spends about £38.50 on food per week. Those on a vegan diet can expect a rise to £47.13 a week. This is down to staples like non-dairy milk and Quorn offering significant mark ups against more traditional contemporaries.

Of course, £9 extra a week or £450 a year might not seem like a mammoth amount, but things start to add up when you think about a vegan family. A fully vegan family of four will have an extra £1,795 of food costs to cover over the year, making the commitment for groups a much bigger deal than an individual one.

It’s a better time than ever to be vegan

There is no denying that veganism is the more expensive route today, but with the tide seemingly turning in terms of cultural opinions on veganism, animal rights and healthy eating, every day we move forward is likely to become an easier one as a vegan.

In the last five to ten years in particular, food choices for vegans have exploded, with supermarkets heavily invested in plant-based menus as well as the rise of vegan cafes, takeaways and junk food culture. Just like any market once it becomes more saturated, the more vegans there are and the more the food industry caters to them, the lower production costs will get and the closer the gap will become between non-vegan and vegan food bills.

So, is now a good time to become vegan? The answer is becoming more of a ‘yes’ every single day. Any consumer thinking of shifting to a vegan diet needs to be cognisant of that extra annual cost, but with the industry currently in the process of reshaping to accommodate a significant vegan and green buyer base, hopefully that financial disparity won’t be around for too much longer at all. 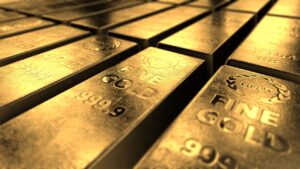